The Future of Tennis, Up and Comers of tennis | TASA Blog

The Future of Tennis

The sport of Tennis has so many incredible players, both male and female but the question we ask – and attempt to answer – just who will rise to the top when these players retire? We look at superstars like Serena Williams and Roger Federer who, year after year, just keep winning but what happens once their final ball is served? Here is our inside scoop on the up-and-coming stars of the future. 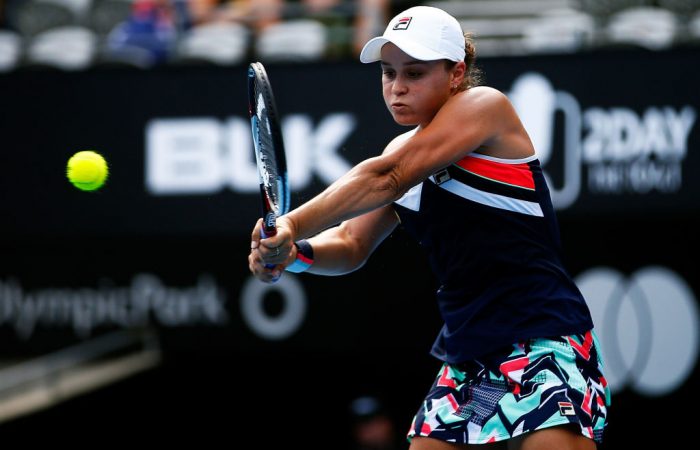 Starting her career at the very young age of 5, it’s fair to say Ashleigh has come a very long way. From winning her first Wimbledon Girl’s Singles title at the age of 15, to reaching her first semi-final on home soil in this year’s Sydney International, Barty has certainly done her country proud. In 2017 alone, the world ranked No. 17 not only became the nations only player in the top 20 (Nick Kyrgios at No. 21 and Daria Gavrilova No. 25) but also reached the semi-finals at the WTA Elite Trophy in China and received the Newcombe Medal to cap off an outstanding season. With all this individual success it’s easy to look past the astonishing season Ashleigh had in the doubles format where she ranked No. 11 by the end of 2017. Barty’s comeback to tennis after her break has been truly sensational so, will 2018 be the season she reaches her goal of hitting the Top 10 in Women’s singles? We have high hopes for this young Aussie! 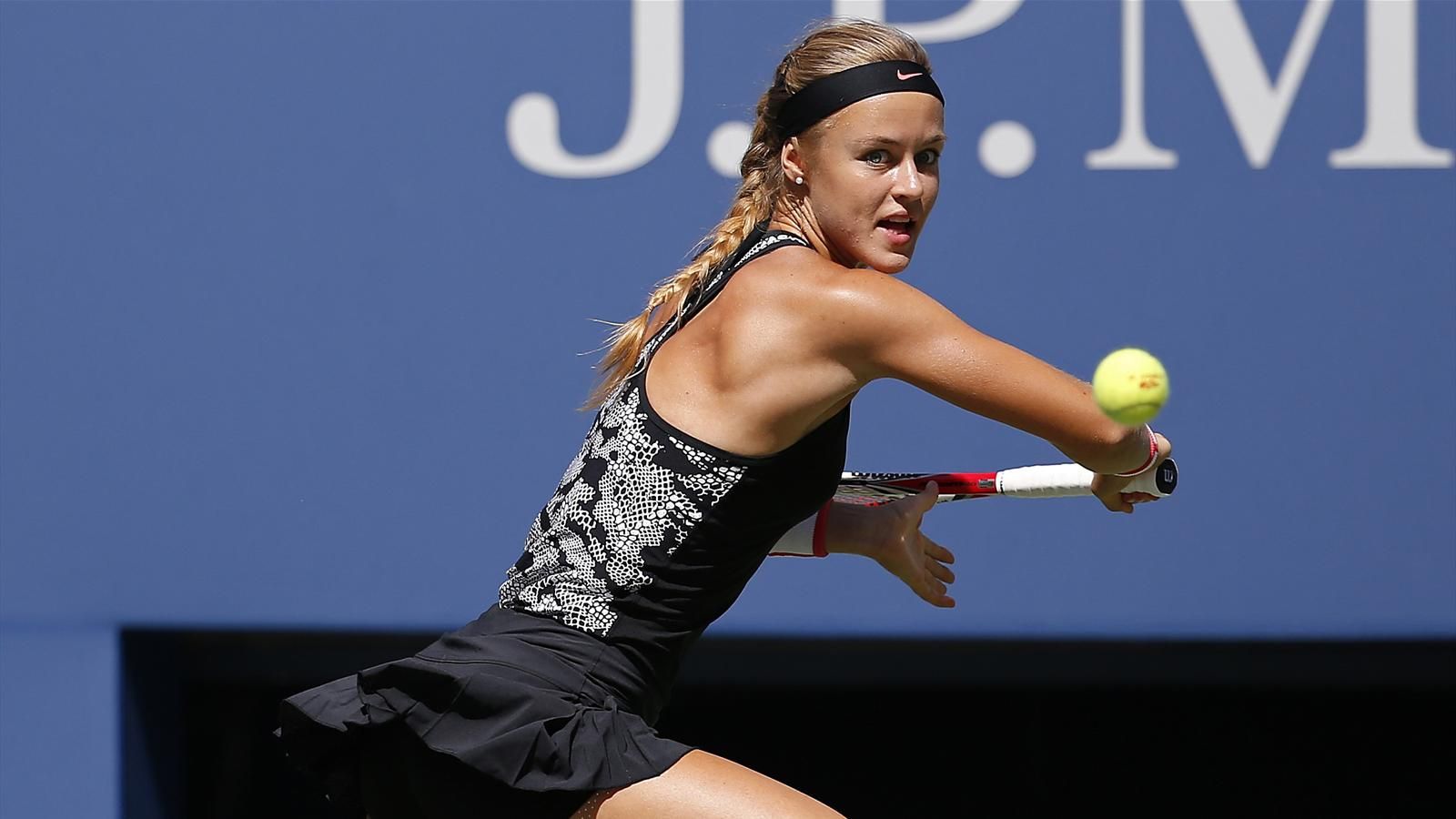 Anna is definitely another underdog to watch on the court. She started tennis at the age of 7 in Slovakia and has showcased some incredible talent over the past few years. Anna has had some ups and some definite downs, her ranking plummeting from a Top 30 spot over the past two years to just inside the top 200 but we’re hoping 2018 just may be her comeback year! At an early age she was viewedas “ahead of the curve” which showed in her compelling 2015 season where we saw her win two WTA titles, reach the third round at the US Open and watch her world ranking rise to No. 26. We are hoping she has used the past 18 months to rebuild and provide the perfect base to rebound in 2018 and prove her undoubted worth in the tennis industry. 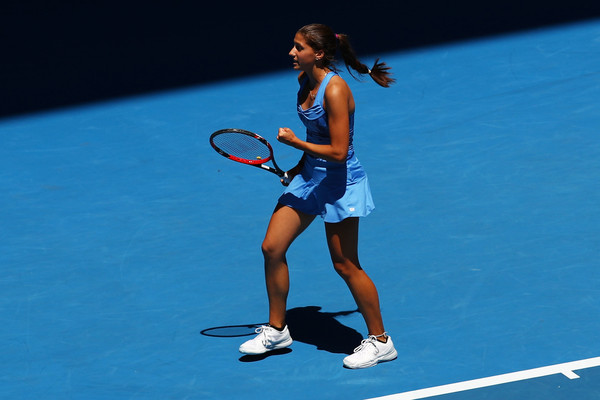 Jaimee Fourlis is one of the many rising stars of Australian tennis and after a bright start to her career, has set high hopes for the future. Fourlis made her WTA rankings debut in April 2015 at No. 930 and has risen to No. 327 in just two years. Whilst balancing Year 12 studies with professional tennis in 2017, Fourlis won her first Australian Open match (the youngest Australian female to do so since 2008), made her Roland Garros debut where she took a set from Caroline Wozniacki and has claimed victory at the 2017 Prince George County International Hard Court Junior Tennis Championships in Maryland, US. Intertwined with all those achievements, in 2017 Fourlis also won both the singles and doubles events at the Australian U/18 Championships in December, thus granting her a wildcard into the 2018 Australian Open. The only way is up for the 18-year-old as she continues to climb the rankings in 2018. 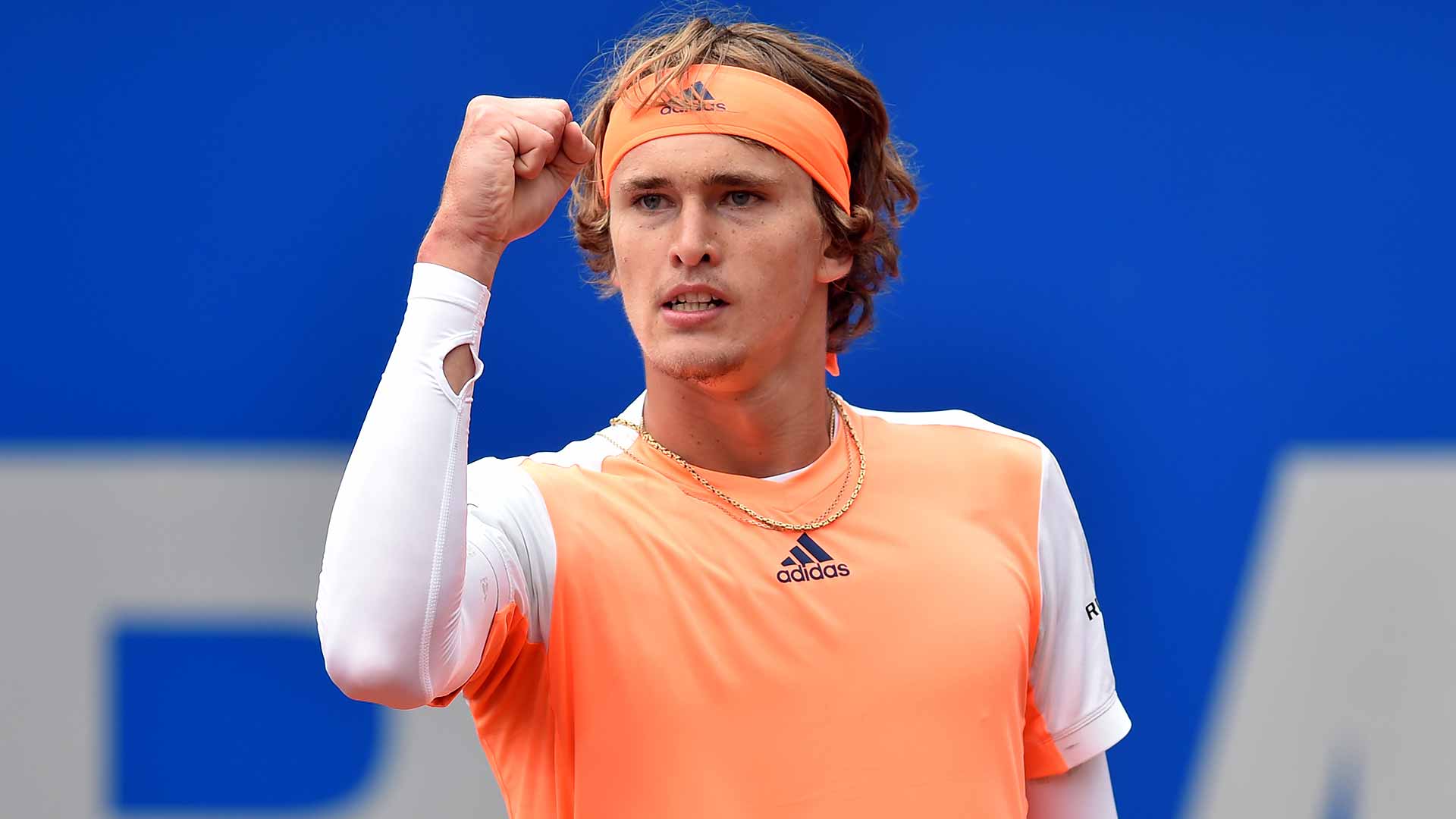 Alexander Zverev, considered the up-and-coming face of men’s singles tennis has had yet another sensational season. After turning 20 just last year, Zverev is well-placed to climb atop the world rankings, as he takes on newcomers and legends of tennis alike throughout the 2018 season. Alexander was surrounded by professional tennis players growing up and even had his mother as a tennis coach before his father took over when he turned pro. After a very successful junior career, Zverev claimed his first win over a top 20 player in 2014 when he defeated No. 19 Mikhail Youzhny at the International German Open. In 2015, Zverev moved into the top 100 for the first time after successfully defeating world No. 85 Jan-Lennard Struff at Heilbronn in Germany. Zverev is now world ranked No. 4 with six men’s singles and one double’s title under his belt from 2017 alone. 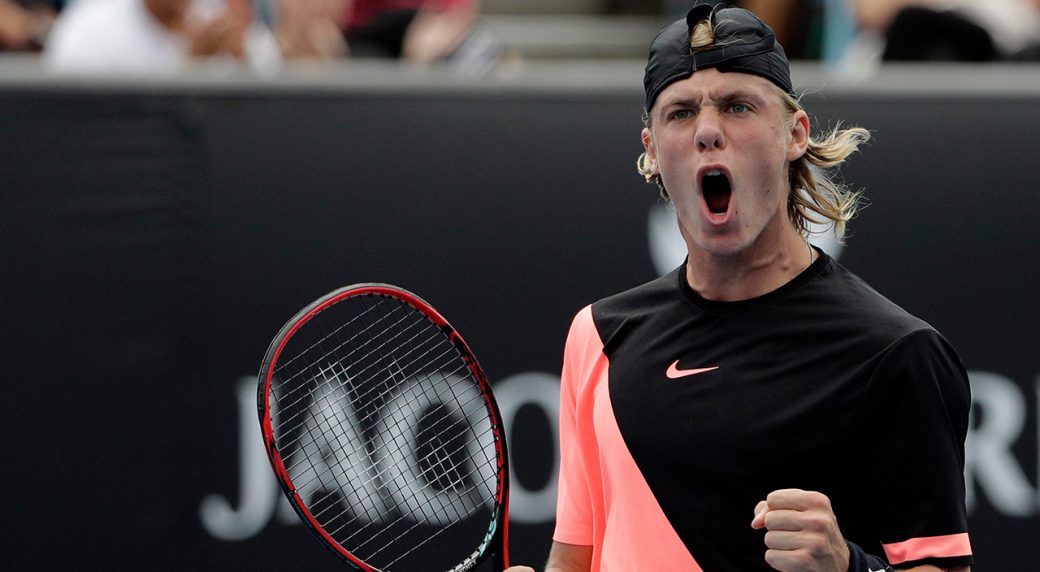 Denis Shapolvalov or “Shapo” is definitely one to watch this season. He was named the 2017 ATP Star of Tomorrow for being the youngest player ever to finish in the top 100 and was also voted 2017’s ATP Most Improved Player by his fellow competitors. He is the youngest player to beat a No. 2 opponent in a non-retired finish since Rafael Nadal beat world No. 1 Roger Federer in 2004 and the youngest player to reach the ATP Masters 1000 quarter-final and semi-final since the series started in 1990. Denis has showed nothing but strength since turning pro last year and has proven that the only way is up for him by already reaching No. 50 in the men’s singles ranking. Shapovalov has the ability to be the next big thing in men’s tennis having already achieved so many things throughout 2017. Could he possibly break into the top 20 in 2018? We think the chances of that happening are high considering the already meteoric rise of this young Canadian. 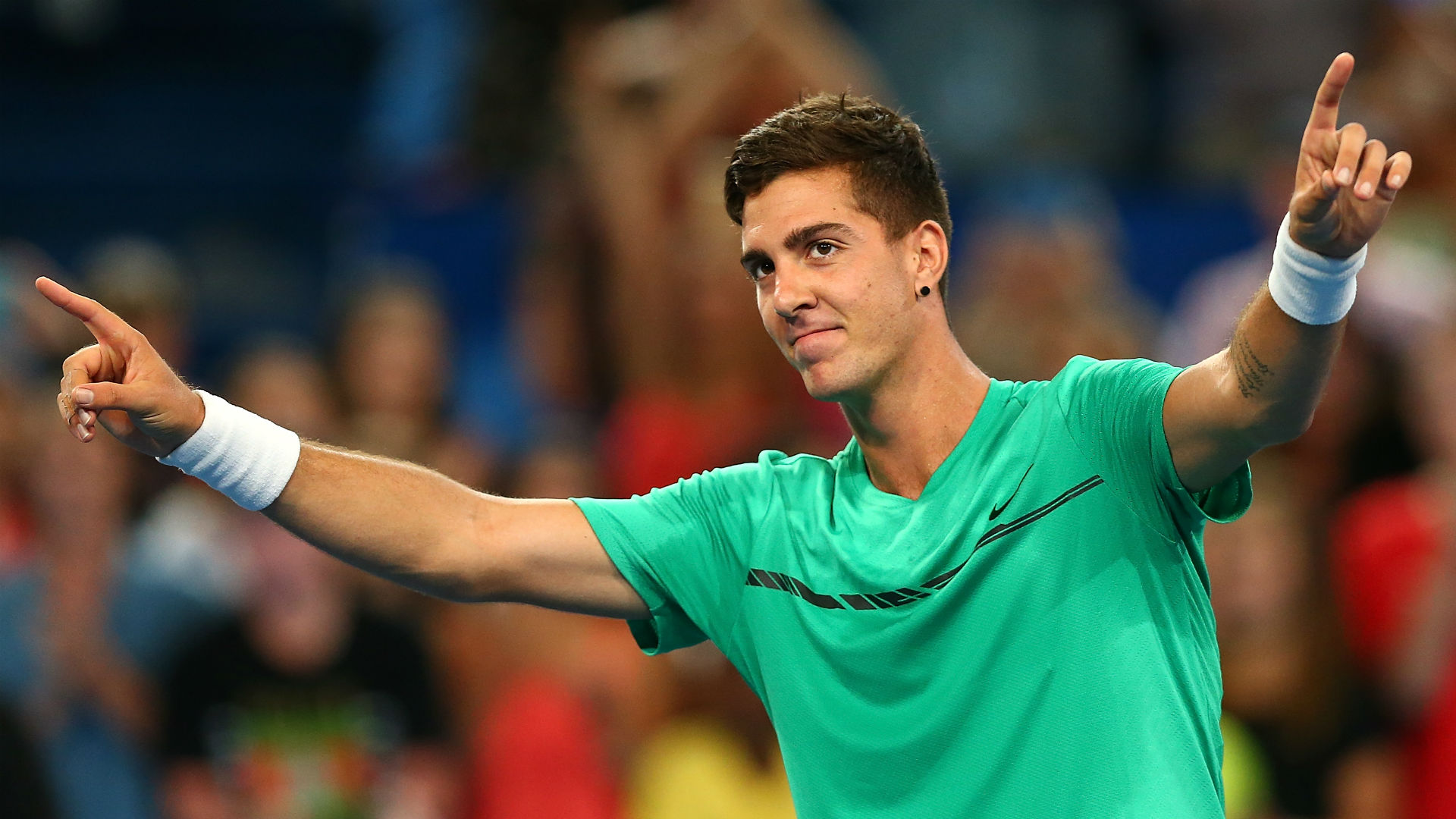 Thanasi Kokkinakis came back from injury in 2017 to accomplish astonishing things. The young Australian underwent shoulder surgery in 2015 and didn’t play in 2016 in order to build stamina for an assault on the 2017 season. He could not have expected to come back in such triumphant fashion, defeat both world No. 10 Milos Raonic and world No. 15 Tomas Berdych at Queen’s Club and Los Cabos respectively. In 2017, Kokkinakis won his very first ATP doubles title when he partnered Jordan Thompson to defeat Giles Muller and Sam Querrey 7-6, 6-4 in the final of the Brisbane International. Kokkinakis is steadily working his way back up the rankings, reaching his first ATP World Tour quarter-final, semi-final and then final at the 2017 Los Cabos Open. Keeping in mind he was ranked No. 454 at the time, this maked him the lowest ranked finalist on the tour since 2009. Starting 2016 unranked, Kokkinakis has proven his determination, climbing to his current ranking of No. 216 on the tour and is set to continue that ascent in 2018.

Would you love to see those players and many more for yourself, attending the world’s most prestigious tennis tournaments? Get in touch with our team today. 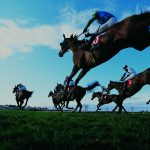