Another year means another footy season. We know what a tipping competition means to any office or group of friends. A source of banter for the ones that score a 1 week on week or a way to build stats and talk strategy with the more serious types. If you are new to the world of footy tipping, we thought we would prepare a list of our top picks for AFL tipping competitions this year.

For those chasing an official AFL Tipping Competition, look no further than the AFL’s platform. This one allows you to join an unlimited number of competitions and gives you the power to add and delete tippers to your competitions on the fly. This tipping competition is the most widely used across all of Australia and for good reason. The interface is easy to use and allows you to collaborate with your friends with ease. The best part? It’s all free!

Build your own profile today.

ESPN has been dipping their toes in the AFL Competition for the last few years and since then have developed a great Tipping portal. The team at Travel & Sports Australia especially love their promotional videos. ESPN have done a great job at allowing you the ability to sign up to multiple tipping competitions (so you can run both the AFL and the NFL at the same time)!

Build your own profile here.

The Game is the perfect platform for those that want to get involved in AFL tipping or fantasy league but don’t want to spend countless hours looking into detailed stats. This is our pick for the time poor. The platform allows you to create private groups or enroll in the overall Australian competition to try your luck against the nation. We also love their phone app!

For the ones that love to incorporate betting into the AFL tipping, Sportsbet’s platform is the one for you. Keeping you up to date on player stats and recommended tips – Sportsbet do a fantastic job at helping rookies turn to tipping pros in no time. There is also over $1 million in cash prizes!

Taking the cake as the best tipping competition this year, the Super Coach AFL platform is easy to use and allows you to follow live graphs and feeds of others players. You can even drill down to see how you stack up against the public and browse current tipping trends from the game’s experts. Test your tipping prowess against your mates and colleagues this year to go into the draw to win a massive $20,000 cash.

Tipping is just the beginning at Travel & Sports Australia. We can help transport you to the real thing with packages to the Toyota AFL Grand Final. Chat to one of our Sports Coordinators today! 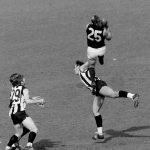 The Best AFL Marks of All-Time That Left Us GobsmackedSport 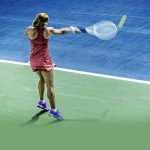 Sports Calendar: Download Your Guide To Every Major Sporting EventSport